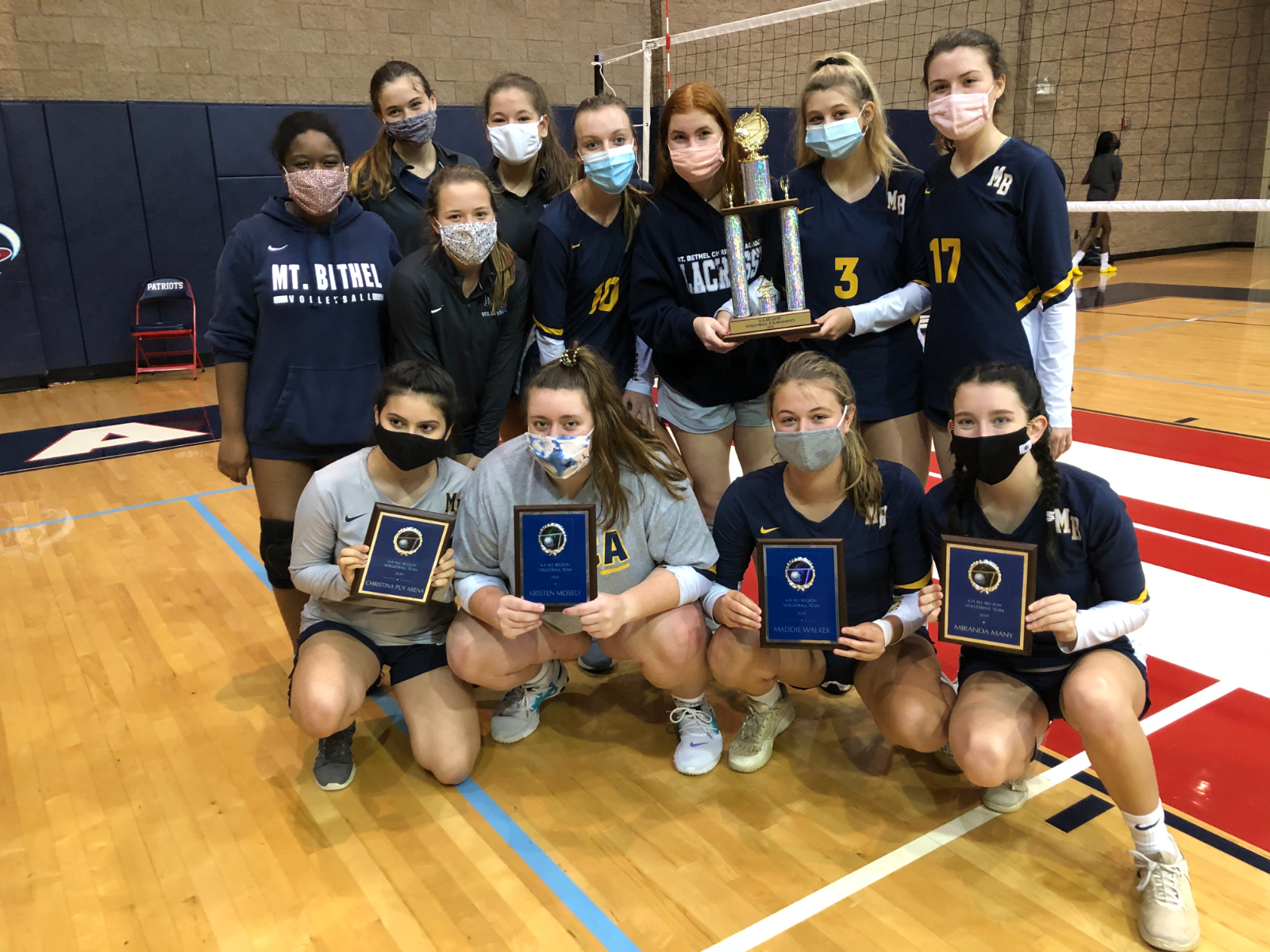 The Mt. Bethel Volleyball team battled its way to a second-place finish tonight in the GHSA Region 6-A Tournament in Alpharetta. The third-seeded Eagles battled the second-seed and host school in Mount Pisgah to start tonight’s festivities. Mt. Bethel quickly disposed of the Patriots in straight sets, 3-0, and avenged an earlier loss in the regular season. The win set up a battle with top-seeded and 12th-Ranked St. Francis. The Eagles battled through each point giving the Knights everything they had left but came up short to finish second in the Region.

Seniors Maddie Walker, Cristina Puy Arena, Kristen Mosley, and Miranda Many were all named to the GHSA 6-A All-Region Team for their efforts during the regular season.

Mt. Bethel will host the first round of the GHSA Class A-Private State Tournament on Tuesday at the CAC at the main campus. More details will be released in the next few days but keep your calendar free for Tuesday to cheer on our ladies as we host our first-ever state volleyball playoff game.