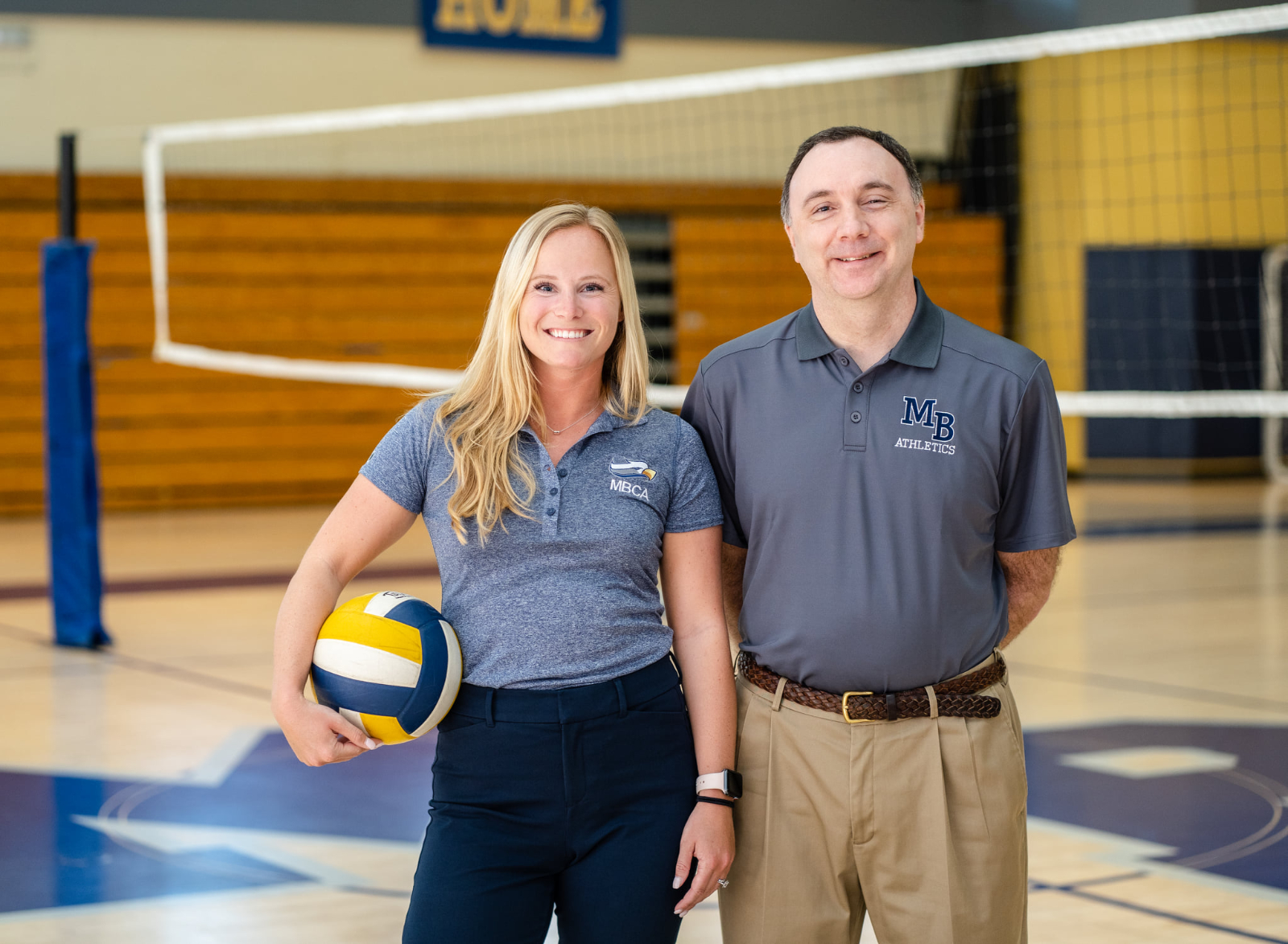 Mt. Bethel Christian Academy is excited to announce the hiring of Paul Stevens as  Volleyball Program Director and Head Varsity Volleyball Coach. Coach Stevens will also assume the role of Dean of Students at the Upper School and teach Math.

Coach Stevens’s storied career in Georgia high school volleyball is one for the record books.  While an assistant Head Coach at Marist, Stevens was an integral part of four GHSA State  Championships while compiling a 357-58 record in seven seasons.

“I’m excited about our Mt. Bethel community,” Mt. Bethel AD Cal Boyd said on the addition of Stevens. “There aren’t many coaches out there – in any sport – with the history and track record of excellence that our new coach brings to our program. Our  announcement today of our new Volleyball Program Director and Head Varsity Coach should be  a huge signal to people inside and outside our community that Mt. Bethel is – and will be – a  force in GHSA Volleyball”

In addition to his coaching experience, Stevens is an accomplished educator and administrative leader. During his tenure at Blessed Trinity, he managed the admission and enrollment processes. He created the parent ambassador program and implemented The Integrity Project  (TIP) to promote integrity among athletes. Coach Stevens utilizes volleyball to teach life lessons and emphasizes the importance of being a STUDENT-athlete.

“I’ve always thought highly of Mt Bethel from the outside based on the fine student-athletes and families that I encountered during my coaching experience,” Stevens stated on his excitement to be with MB. “I’m extremely excited to join this  community and partner with our athletes and families as, together, we begin a new chapter in  the journey of Mt. Bethel Volleyball”

Joining Coach Stevens on his staff is Mary Carter Pugh in the role of Assistant Coach. Mary  Carter is a faculty member in the Academy’s Lower School. Prior to arriving at MBCA, Mary  Carter enjoyed an All-State career under Coach Stevens, captaining the team while winning a  GHSA State Championship.

I’m excited to be reunited with Mary Carter!,” Stevens said of his assistant. “She was an incredible player during her high school career – a coach on the floor. To see her grow from a student into a teacher and role model to the kids at Mt. Bethel is very humbling, and I cannot wait to see her follow that same path as a  high school coach.”

MBCA is hosting a meet and greet TONIGHT AT 6:30 at the Upper School to introduce Coach Stevens and Coach Pugh to student-athletes and their families.

We are blessed to have both a new Head and Assistant Coach that know us, know our competition, and know-how to bring our volleyball program to the next level,” Boyd stated on the new coaching staff. “Uniting this powerful coaching duo with our fantastic student-athletes means our program is ready to take it to the next level of GHSA Volleyball! Our talented student-athletes are a solid foundation for  MBCA to win Region and State Championships. Go Eagles!”