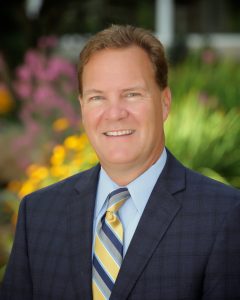 Now in his fifth year at the helm of the Mt. Bethel boys’ basketball program, Cal Boyd brings with him a wealth of experience and a long list of accolades. Boyd has spent 29 years working at private schools in the Metro Atlanta area.

A local standout at nearby Campbell High School, Boyd helped lead his teams to two Region Championships and a State Championship. He was named All-State as a senior, finished as the all-time leading scorer in Campbell’s history, and upon graduation, his jersey was retired.

Boyd went on to play four years at Wake Forest University where he played in all but two games during his four years.  He was a two-time captain and team MVP as a senior. He still holds the ACC record for the best all-time three-point percentage for a career.

During his coaching career, he has coached at Walker, Westminster, Pace, and GAC. His teams have set records at each stop, including Region championships, GHSA tournament appearances, GHSA Final Four runs, and record-breaking win totals.

In 2017, Boyd led the Mt. Bethel Eagles to a GICAA state championship, an accomplishment they repeated in 2018. Making the transition to GHSA in the 2018-2019 season, Mt. Bethel reached the Final Four and finished with a 24-8 record.

All told, Boyd is closing in on 500 wins for his illustrious career.