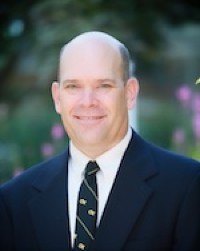 Now in his sixth year at Mt. Bethel, Daryl Brooks brings over 20 years of baseball coaching experience to the Eagles baseball program. After spending his first five years with the Eagles coaching the Middle School baseball team, Brooks will move up to the high school level for the 2020 season. This will also be his fourth season coaching the B girls’ basketball team.

Brooks grew up in Midlothian, Virginia, and played college baseball at Oglethorpe University, where he also earned a degree in Communications. Following stints as a sports writer, and the Sports Information Director at Georgia Perimeter College, Brooks began teaching at Mt. Pisgah Christian School. During his 11 years at Mt. Pisgah, he taught Lower School PE and coached at all levels of the baseball program, winning one Middle School championship, and two appearances in the GHSA playoffs. During his tenure at Mt. Bethel, Brooks’ teams have finished as NAML runners-up and earned a third-place finish in the Dunwoody Senior League.