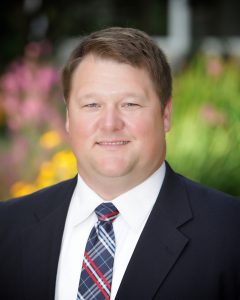 An original member of the Upper School faculty, Albert Turner returns for his sixth season as a coach with the Eagles. In 2020, Turner will return as the head coach for the varsity tennis program. He has also coached baseball, clay targets, and archery for the Eagles. As the first varsity baseball coach, Turner guided the team to the GICAA State championship series in 2017. All told, he has 14 years of coaching experience, which include coaching football, golf, and weightlifting.

Albert, his wife Elizabeth, their son Benjamin, and their dog Scout live in East Cobb and attend East Cobb United Methodist Church. When they are relaxing, you can find all four of them fly fishing in a remote mountain stream.