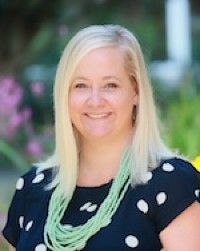 Mary Aden will take over the reins of the girls’ varsity soccer team for the 2020 season. Aden helped lead Parkview High School to a state championship as a player. She played on the club team at Georgia Southern, where she earned a spot on the NIRSA National Soccer Championship All-Tournament Team. After college, Aden played soccer overseas in Scotland, England, and Whales.

Aden teaches art in the Middle and Lower Schools. She and her husband Mark have a son, Henry, and a dog, Millie.