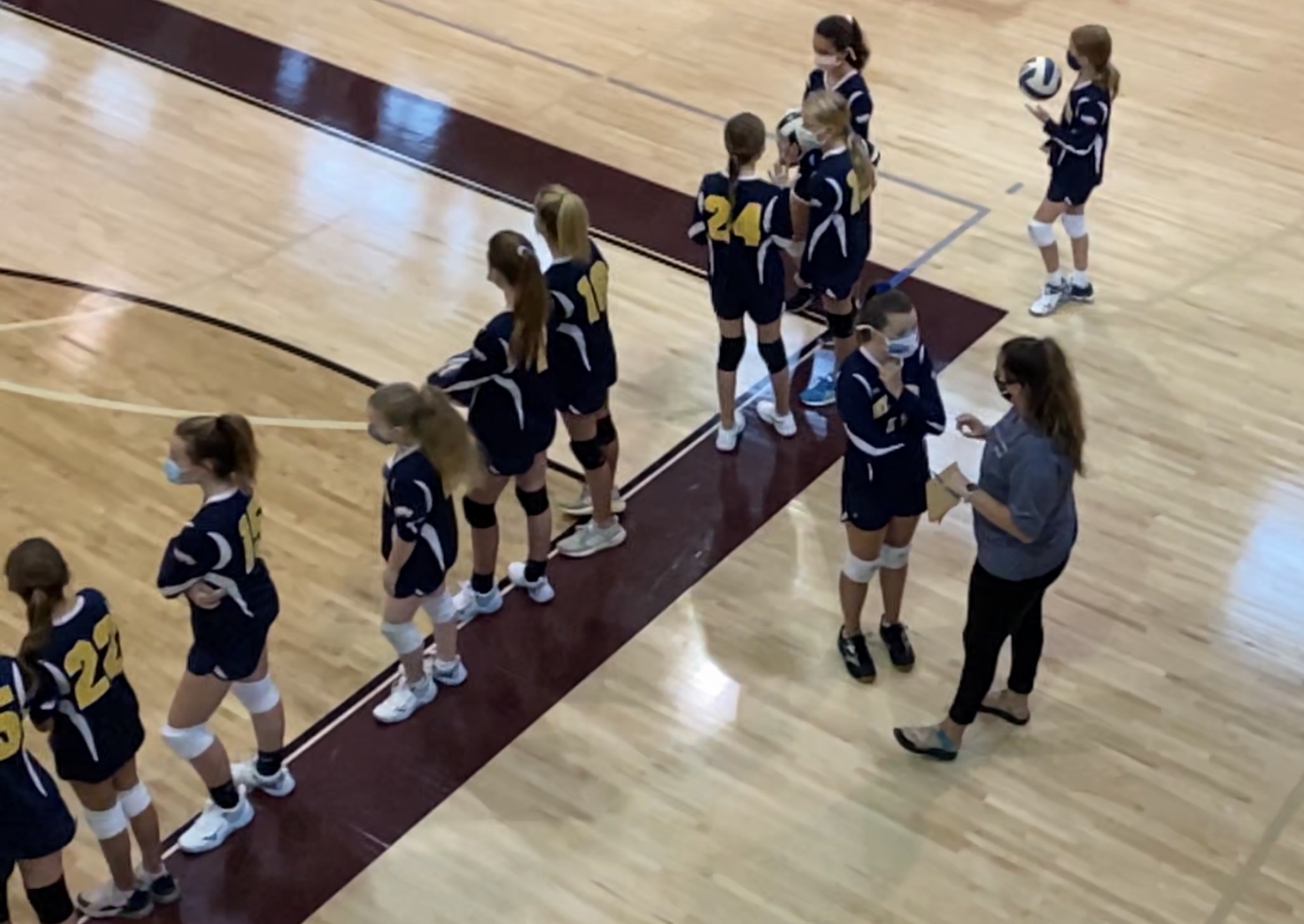 The Mt. Bethel Middle School B girls volleyball team travelled to The Walker School for a mid-morning matchup on Saturday. The Eagles won each set 25-9 to improve their record to 4-1 on the season.

Highlights can be seen here –

Sixth-graders Hannah Kenney, Elizabeth Rogers, and Maggie Johnson, who have each been starters this season, continued their strong play against the Wolverines. They were joined by sixth-graders Hartley Dastou, Sophie Stoller, Blakely Bjerken, Ella Moore, Charley Shaw, and Charlie Weeks. In fact, this was the first extended playing time this season for Dastou, Stoller, Moore, and Shaw as they gained valuable experience that will certainly help the Eagles as they move forward this season. Bjerken, in particular, made several strong plays at the net and showed a lot of potential as a future defensive force on the court.

The Eagles get a two-day rest before hosting Metro 10 Champions Mt. Vernon on Tuesday, Sept. 15th at 3:30.