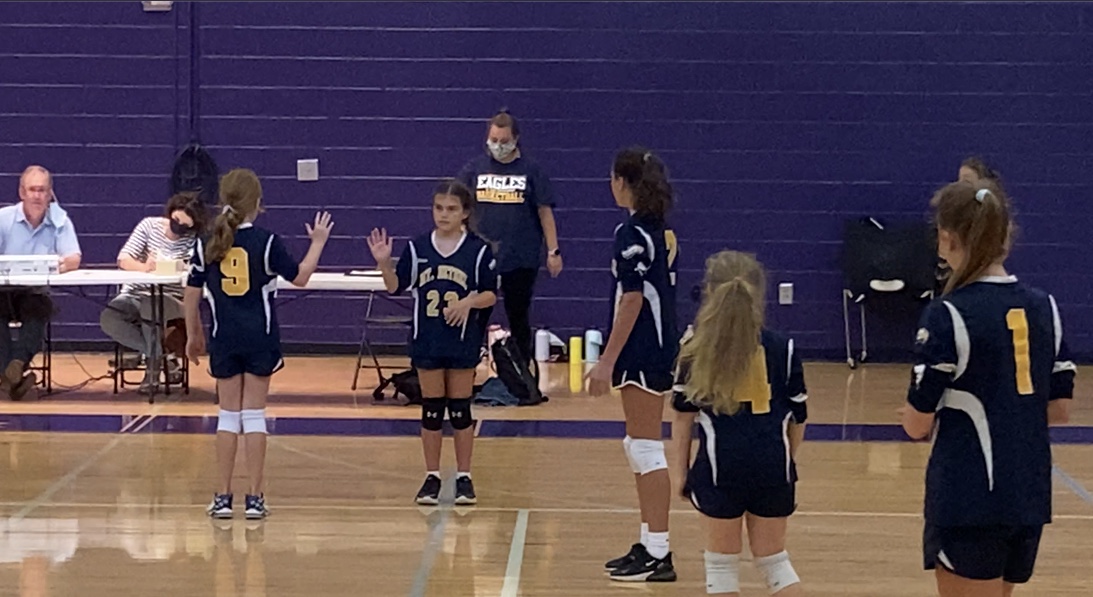 Highlights can be seen here:

The Eagles travelled to Alpharetta to meet the Knights and found themselves with a 16-8 lead when Giulia stepped to the service line for the second time. Giulia connected on five of her next six serves to put the Eagles up 21-9. That was more than enough for Mt. Bethel who closed out the Knights 25-13 in the opening set.

The second set was a much closer affair early on and the Eagles found themselves clinging to a 13-10 lead when 6th grader Elizabeth Rogers substituted into the game and Grace Detling was up to serve. That substitution proved crucial as Rogers made six key volleys during Detling’s eight point service run to give the Eagles a commanding 21-11 lead in the second set. The Eagles would close out the Knights 25-16 in the 2nd set to bring their record to 3-1 on the season.

The Eagles look to extend their winning streak to three games when they travel to The Walker School on Saturday morning. That game will tip off at 9:30AM.