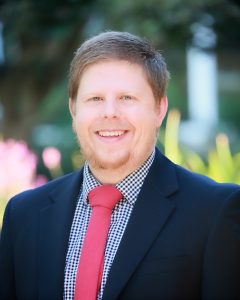 A native of Douglasville, McConnell played baseball, football, and wrestled at Chapel Hill High School. He went on to play baseball at Berry College.

When not teaching or coaching, McConnell enjoys outdoor activities with his wife Becca and their daughter Lily.